The first night of rehearsals, drummer, Sandy Konikoff, escorted me to the A&M Soundstage where he was rehearsing for what would become the Joe Cocker Mad Dogs & Englishmen Tour. It was late in the afternoon and not many people were there—a riser full of singers and musicians rehearsing, some tech crew, and a couple dozen people milling around. By midnight this would all change, and by the next day hundreds of people would crammed in.

I immediately figured out who was in charge, Denny Cordell. He was the coolest cat in the room! Very British-- dressed in jeans, a white shirt and an Afghan sheepskin coat. I immediately made his acquaintance. I told him I wanted to go on this tour and he asked me what I could do. I told him I was a photographer, currently living  with and documenting the all-girl rock band, Fanny, and I could take photographs. He said, “Show me something!” I said, “OK!” and walked over to Jim Gordon, a drummer who I knew, and asked if I could borrow his camera for an hour. By chance, a guy standing next to me tapped me on the shoulder and said, “I have a darkroom.” So, I shot photos of rehearsal, rushed off to develop the film, and came back within a few hours with proof sheets for Denny. His words were, “OK, you can go.” I was elated. In retrospect, Denny Cordell single handedly changed my life in those four words. 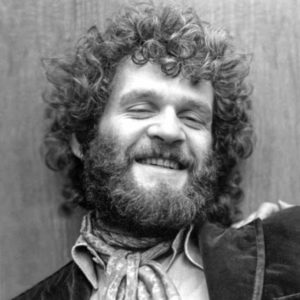